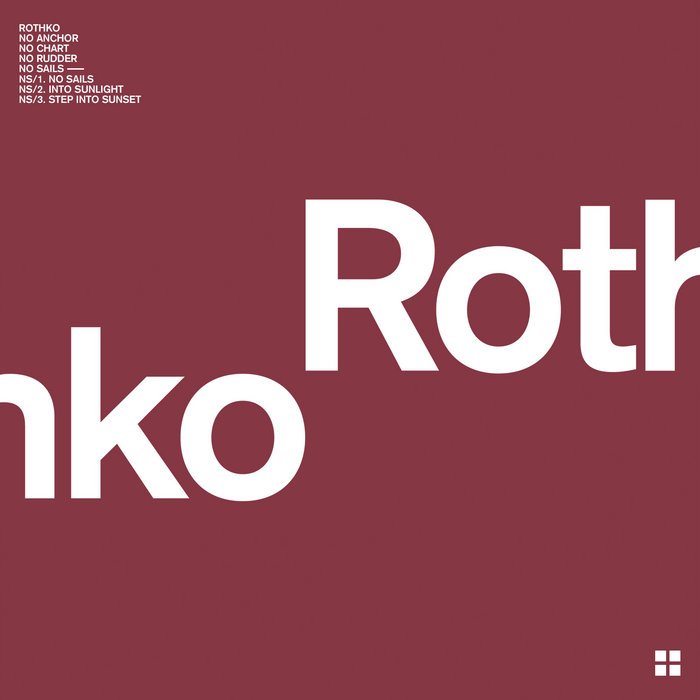 Description: Exploring a more relaxed, ambient and fragile aesthetic, we have the concluding 7” of this Rothko opus which starts with ‘No Sails’, an acoustic rendering into thoughtful and cinematic soundscapes. Submerge and lose yourself to the depths. The final side of this epic journey starts with the shivering whispers of ‘Into Sunlight’ where emotive bass drones create a sense of restraint, simplicity and pure calm. The lingering reverb drenched bass drifts of ‘Step Into Sunset’ settle proceedings perfectly, balanced and allowed to breathe, exquisite in its simplest form, nothing here is hurried, you hear incidents rise and fall gloriously, sounds arrive and slowly dissolve. Heavenly. Just heavenly.

Background: “Most of the tracks on ‘No Anchor No Chart No Rudder No Sails’ are my very first attempts at writing my own music. A lot of the other early tracks appeared on ‘A Negative For Francis’ and a couple surfaced on ‘Forty Years To Find A Voice’. The majority of them are on this collection which I originally put out on a few cassette releases and three of which I put out before the band was even formed. At the time I didn’t actually have a name for the band. That came later after I met Crawford Blair. It was my good friend Nick Olofsson who suggested I try and record my own material as I had actually decided to give up trying to join a band. So he said, “Why not do your own thing?”. About 75% of the tracks on this release were recorded at Nick’s flat in Kentish Town onto his Fostex Porta 05 four-track cassette recorder. Without him and his partner, Anet Mook, I doubt the group, and this music, would ever have existed.” - Mark Beazley

Information: Composed between 1997 and 1998, ‘No Anchor No Chart No Rudder No Sails’ was originally released in 2001 by the Burning Shed label as a collection of rare Rothko recordings. Mark Beazley has perfected his ethereal lullabies to create this definitive edition which is remastered and includes five new tracks with repackaged design by Department EH. Unquestionably, the timing of this reissue could hardly be more significant, not only because of Rothko’s forthcoming new album on Trace Recordings but also the recent and sad decision for the band to cease live performance. Essential updates of any versions you may already have in your record collections and quite possibly the finest moment on Champion Version to date, ‘No Anchor No Chart No Rudder No Sails’ is one of the very best and most unique bass driven records of all time. Simply sublime for the entire duration, this is the soundtrack to the most wonderful dream you ever had.